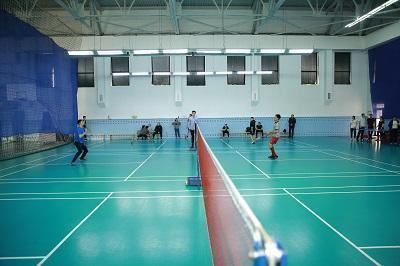 Spartakiad 2020 is the biggest inter-university sporting event in Tashkent. A celebration of international sports and culture, the event draws thousands of student-athletes from across the city to compete, making it one of the world's largest and most prestigious multi-sport events.

500 athletes participated in the competition, 78 of which represented WIUT.

At the same time, on 24th February table tennis competitions were held in the Russian State University of Oil and Gas (NRU) sports hall, where the WIUT team were crowned winners!

This was followed by both men’s and women’s competitions in tennis, volleyball, basketball, football, badminton, swimming, and arm wrestling.

The results of the Spartakiad 2020 competitions were as follows:

Read 1474 times Last modified on Friday, 04 December 2020 10:32
Tweet
Published in WIUT News
More in this category: « Field trip to the Oliy Majlis Top Universities in Uzbekistan 2020! »
back to top