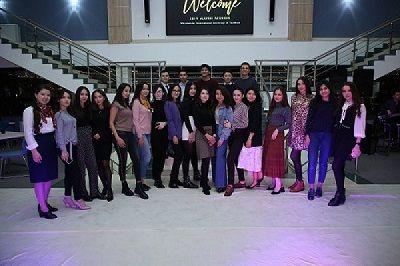 Westminster International University in Tashkent’s “Alumni Reunion” has transformed over the years into an important tradition, gaining more and more popularity among WIUT Alumni – and this year was no exception.

On November 14th 2019, WIUT welcomed back alumni to take part in the festivities and to be reunited with the alumni community once more. Having both alumni across the years and staff present made for a very special atmosphere. The event began with an opening speech by Alan France, who highlighted the significant role of alumni in the life of the university and encouraged the alumni community to be part of joint projects in future. This was followed by a speech by WIUT Rector Komiljon Karimov, who welcomed alumni back to their alma mater and emphasized the influential role they can play in future projects, which will serve as a powerful resource for the university and contribute to its development. Moreover, the Vice-Chancellor of the University of Westminster, Dr Peter Bonfield, gave a speech, pointing out that WIUT alumni not only play an increasingly vital role both in the government and business community of Uzbekistan but also beyond. He paid tribute to what has been achieved over the years of partnership between the universities.

Before, moving on to music and networking time, two alumni, namely Ibrokhim Khurramov and Jalol Nasirov gave speeches about how the student experience at WIUT shaped and developed their professional careers. Both alumni singled out the fact that the alumni community of WIUT is becoming more engaged in the life of the university, which in turn helps to prepare highly qualified graduates for work in various industries both in Uzbekistan and beyond. It is worth mentioning that during the reunion, alumni guests were introduced to the WIUT Alumni Association and a presentation was given regarding plans for how the association will be run. The reunion continued with amazing live music, performed by the band “Dastarxan”, and great food. According to the alumnus feedback, they had a fabulous time catching up with one another at what is a very special place in their lives and said that they were looking forward to being more active in future alumni projects at WIUT.