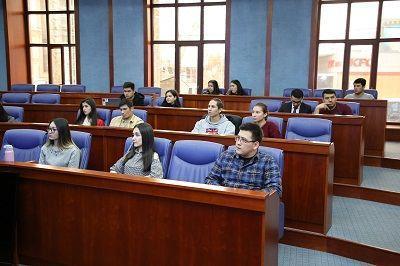 The students of Commercial Law course had an opportunity to broaden their knowledge of European Union Law by attending a series of lectures delivered by a prominent professor of this academic discipline Dr.Wladyslaw Czaplinski, Professor of International Law, and Director of the Institute of Law Studies at the Polish Academy of Sciences. Dr Czaplinski is a renowned specialist in international public law (particularly the liability of states for violation of the law) and EU law, the author of a few monographs, textbooks and many articles published in Polish and foreign periodicals. The first day of the series of lectures was dedicated to providing an introduction to European Union and General International Law. The second day focused on the International Treaty-Making Powers of the EU.