The Ministry of Higher and Secondary Specialised Education of the Republic of Uzbekistan and Westminster International University in Tashkent (WIUT) organised an important event called the “New Uzbekistan – New Youth” Symposium. The Symposium took place on the 5th and 6th November 2021 in Tashkent and was held at WIUT’s campus. 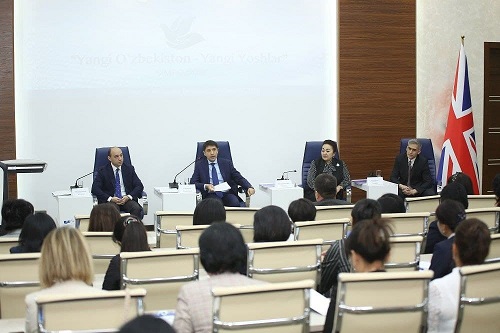 This is the first time that such an event brought together Deputy Rectors for Youth Affairs and Chairwomen of Women's Councils in Higher Education Institutions across Uzbekistan to discuss the implementation of President`s Five Initiatives and their impact. These initiatives focus on youth education and development, including extensive involvement of youth with culture, arts and sports, development of information technology skills, soft skills, as well as increasing education and employment opportunities for women.

Komiljon Karimov, First Deputy Minister of Higher and Secondary Special Education, stated that “This is an important Symposium which will provide opportunity for the Young people from different Universities to exchange their views on Youth related issues and how they see their role in future development of our country.”

In his address, the Rector of Westminster International University in Tashkent, Bakhrom Mirkasimov welcomed the initiative and stated that “We are happy and honoured to host this important Symposium at the Westminster International University in Tashkent. Our University is the first international Higher Education Institution in Uzbekistan and in 2022, we celebrate our 20th anniversary in operation. WIUT has established itself as one of the leading universities in the region and our best practices in academic teaching, research and youth development have been implemented in a number of other Higher Education Institutions in Uzbekistan. Today`s Symposium is yet another opportunity to learn and exchange best practices, with a special focus on student support services and extracurricular activities”. 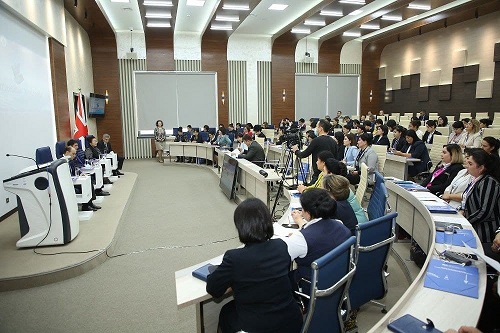 During the Symposium, the participants had the opportunity to discuss how non-academic services and extracurricular activities at Universities create favourable conditions for students to develop personal and professional skills needed in modern societies, to learn how to think creatively and independently and to promote an active civic stance in their everyday life.

The Symposium focused on the activities that coincide with the Five Initiatives under the “New Uzbekistan” reforms that have been designed to improve the state youth policy and to support the efforts of youth public organisations and volunteers. The number of young people entering Higher Education has significantly increased from 9% in 2016 to 25% in 2020. Hence, the importance for Universities in developing extracurricular activities and employability skills are becoming increasingly important.

As WIUT offers its students a number of student support services and extracurricular activities that are unique in Uzbekistan, the participants had the opportunity to hear from the University’s representatives how these initiatives are organised and managed as well as what specific benefits they offer to WIUT students.

Participants attended the grand opening of WIUT students’ art exhibition titled “Generation of Independence: My Motherland is my inspiration”. They also had the opportunity to tour the facilities of WIUT such as AskWIUT, Medical, Career and Sport centres, the Students’ Union, the Learning Resource Centre, innoWIUT Entrepreneur’s Lab and others.

About Westminster International University in Tashkent

Read 251 times Last modified on Friday, 05 November 2021 16:58
Published in Events
More in this category: « Uzbekistan's Potential for Urbanization Uzbek and Silk Road Studies »
back to top