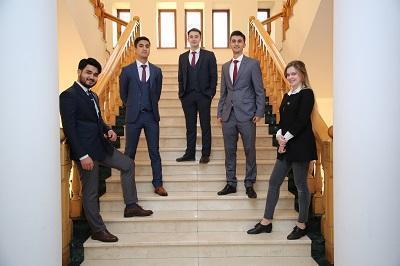 Westminster International University in Tashkent is proud to announce that our Jessup Moot team is the only team from Uzbekistan to proceed to the Advanced Rounds of the Phillip C. Jessup Global International Law Moot Court Competition. The competition is the largest moot court competition in the world, with over 700 teams competing from law schools around the globe. Harvard Law School, Columbia Law School, and the University of Oxford are just some of our notable competitors. In the competition, teams represent their respective fictional States before the International Court of Justice, a dispute settlement body for solving inter-State conflicts. 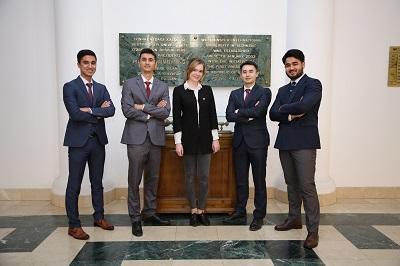 Our Jessup team, coached by Dildora Karimova, consists of Khusniddin Abdufattokhov, Abdulaziz Yunusov, Abdurrahman Akhmedov, Diyor Davlatov and Violetta Mariya-Kilimnik. After their successful performance in the global preliminary rounds, our Jessup team was the only one from Uzbekistan to proceed to the Advanced Rounds, and were among the top 168 teams of the 700 who originally entered.

We would like to say a massive congratulations to our team on their success to date, and have our fingers crossed for them in the coming rounds.

Published in WIUT News
More in this category: « Public Speaking Contest Musical Room at School № 57 »
back to top